The Union of the Comoros Garden in Expo 2016 Antalya

Comoros has agreed to participate at EXPO 2016 ANTALYA. It is the first time that the Union of Comoros takes part in an international event of horticulture. This initiative can be translated by the desire to sell the country's good image by exposing its excellence products at its garden;(vanilla, ylang-ylang, cloves, cinnamon, Nutmeg and Turmeric and black pepper), its culture and its tradition. It is also an opportunity to promote an open tourism industry in Comoros and establish contacts with new partners who would like to come and invest in that country. So far it should be noted that tourism and the launch of calling investors in the Comoros are among the priorities of the Government of the Union of Comoros.

To align with the theme of Expo 2016 Antalya, Comoros chose to make known its plantations of their annuity products under the theme: “the flower of Ylang-ylang”. Ylang-ylang mean follower of the flowers. It is the flower which has the feeling of the welcoming of children. 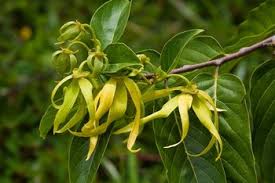 The ylang-ylang, or Ylang ylang is a tree of the family Annonaceae . It is grown for its flower whose essential oil is widely used in perfumeries and cosmetics companies worldwide, it is extracted by distillation. The term comes from the Malay name Cananga tree, or kenonga kananga.

The tree YLANG -YLANG can reach 10 to 15 meters high but it is often cut to 3 meter for operating condition. That tree generates the romantic yellow flowers. Their main use of that distillation is extracting an essential oil for perfumes and other cosmetics products. It requests an average annual temperature of 21-27 ° c and an annual rainfall of 1500-2000 mm. The ylang-ylang prefers deep , well drained soils and feared the wind, it can be grown to over 1000 m. planting distance is 6mx6m between courses.

The Comoros Island is the first producer of the flowers of Ylang-ylang in the continents. Those flowers are distillated to put out the essential oil which has the highest value on the market of perfumeries. This is a complex organic product whose is exploring by the chemists to integrate the noble products as row materials.