On July 28th, a presentation of Angola’s investment projects in the field of energy efficiency took place in the WECC conference hall. Improving the quality, reliability and availability of energy supply is one of the key factors in the growth and development of the Angolan economy. The attraction of investments in the energy sector will contribute to the development of infrastructure for the production and transmission of electricity and increase the share of renewable energy. 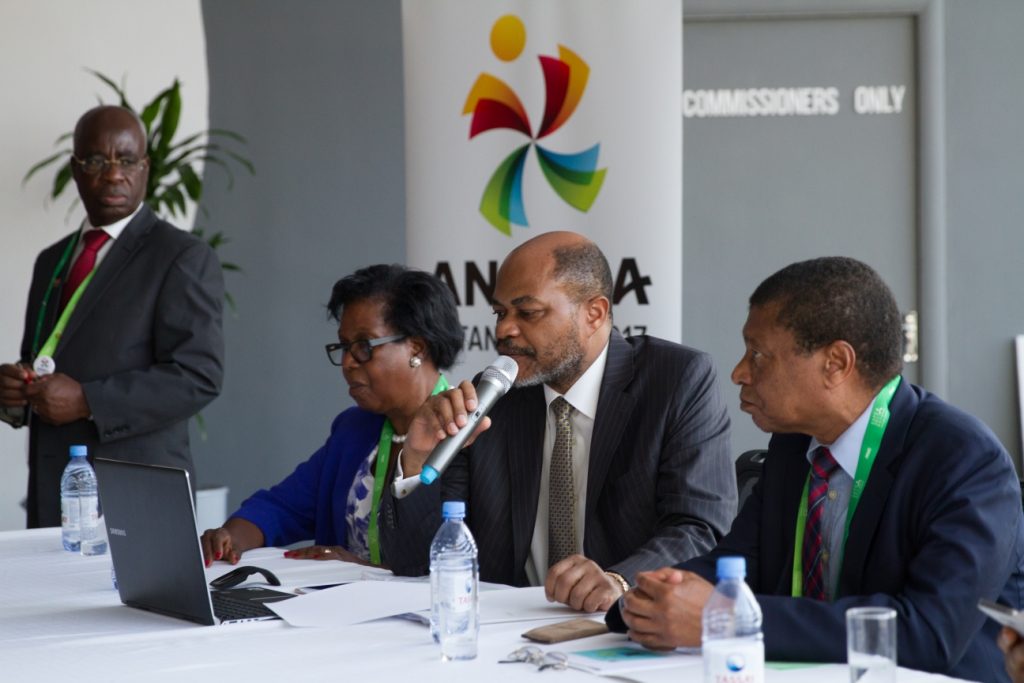 Milan, 25 February 2016 – On the occasion of the “International Participants Meeting” scheduled in Astana on February 25, the World Expo Commissioners Club (WECC) organizes an exclusive evening at Barhat Lounge Restaurant, dedicated to the General Commissioners of the participating Countries, Partners, Sponsors and the Management of the organizing committee of the forthcoming Astana International Exhibition.

Turkey Invites 100,000 Italians To The Next Expo In Antalya In 2016 Thanks To Wecc And The Alessandro Rosso Group

Milan, 20 October 2015 – To promote the Event, Expo Antalya 2016 has chosen to partner with the World Expo Commissioners Club (WECC), which will, among other things, seek adhesions from countries worldwide interested in participating in the Antalya Expo with a Pavilion and entrusting ticket distribution to the Alessandro Rosso Group, already the first authorised reseller worldwide for Expo Milano 2015, which will give an Expo Antalya 2016 ticket free of charge to all those who, through its yourwaytoexpo.com website, buy a ticket for Expo 2015, thus demonstrating to be “Expo Lovers”.

Success Of Style And Culture Beyond The Field

WECC World Expo Commissioners Club has presented on May 22 an important meeting dedicated to an important partnership: ANCI and WECC sign an Agreement for the promotion of the Italian territory during Expo. The National Association of Italian Municipalities (ANCI), in the framework of the ANCIperEXPO initiative, and the World Expo Commissioners Club jointly signed an agreement aimed at promoting the excellences of the entire Italian territory during 2015, the year of the Universal Exposition of Milan. The Agreement has two main objectives to be accomplished with the collaboration of all the interested partner cities.

Shaping the Future of World Expos

The WECC World Expo Commissioners Club Monday, 30 March concluded, at The Penthouse Galleria in Galleria V. Emanuele II 11 in Milan, an event linked to the theme of Future Expos, i.e. the forthcoming events related to Expos, after the one in Milan this year.

“A unique event of its kind, talking about future Expos gave us the opportunity to discuss and discover how many synergies can be immediately created” confirmed Nausika Spahia, Executive Vice President WECC.

The WECC, World Expo Commissioners Club, organised Thursday, 26 March, in its headquarters in Piazza Duomo 21, in the heart of Milan, a round table on technology and diplomacy.

“We discussed issues related to economic diplomacy and how technological change affects this topic at the international level” confirmed Nausika Spahia, Executive Vice President of WECC.

During the event, the official B2B platform of the World Expo Commissioners Club, also designed for the world of Diplomacy, was presented.

I LOVE EXPO, an event organized by World Expo Commissioners Club with Alessandro Rosso Group and Expo 2015, to launch officially the countdown to the opening of Expo Milano 2015. A great event to be held on February 14 in Piazza Duomo 21 next to the Cathedral in Milan, starting at 7 PM.
I LOVE EXPO, an amazing evening where music will bring together countries and cultures for future synergies, exchanges and collaborations and, among the guests, many of the most important personalities of the countries participating in Expo 2015. Duomo 21 Terrace, during the 180 days of Expo Milano 2015, will host artists from all the countries present at the Universal Exhibition. In the meantime this unique place, for I LOVE EXPO, on February 14th, will be the stage where Dj and international artists will perform. The evening will be live from 10PM with m20 Radio.

Milan, 16 July 2014. An exclusive Club, dedicated to Commissioners and their teams from countries attending Expo Milan 2015, has been launched with the purpose of creating a network within which members can share their experiences, discuss common issues and explore solutions. A club of excellence created in Milan that aims to spread worldwide, starting in cities that will host the forthcoming Universal Expos.
These are, in brief, the goals of the World Expo Commissioners Club (acronym WECC), presented today in Milan in the presence of Giuliano Pisapia, Mayor of the city of Milan, Piero Fassino, Mayor of the City of Turin, Giuseppe Sala, CEO of Expo 2015 S.p.A. and Commissioner of the Government of Italy for Expo Milano 2015 and a number of founding members.